As International Women's Day is celebrated each year, increased attention is paid to non-profits that support gender equality in the global South. When I studied International Development in university, I was often left wondering what impact these organizations really have on women in the countries where they operate. This past year, I decided to put my question and the knowledge I learned in school to the test by volunteering for one such organization in rural Peru: Awamaki, a non-profit social enterprise located in the Sacred Valley region. 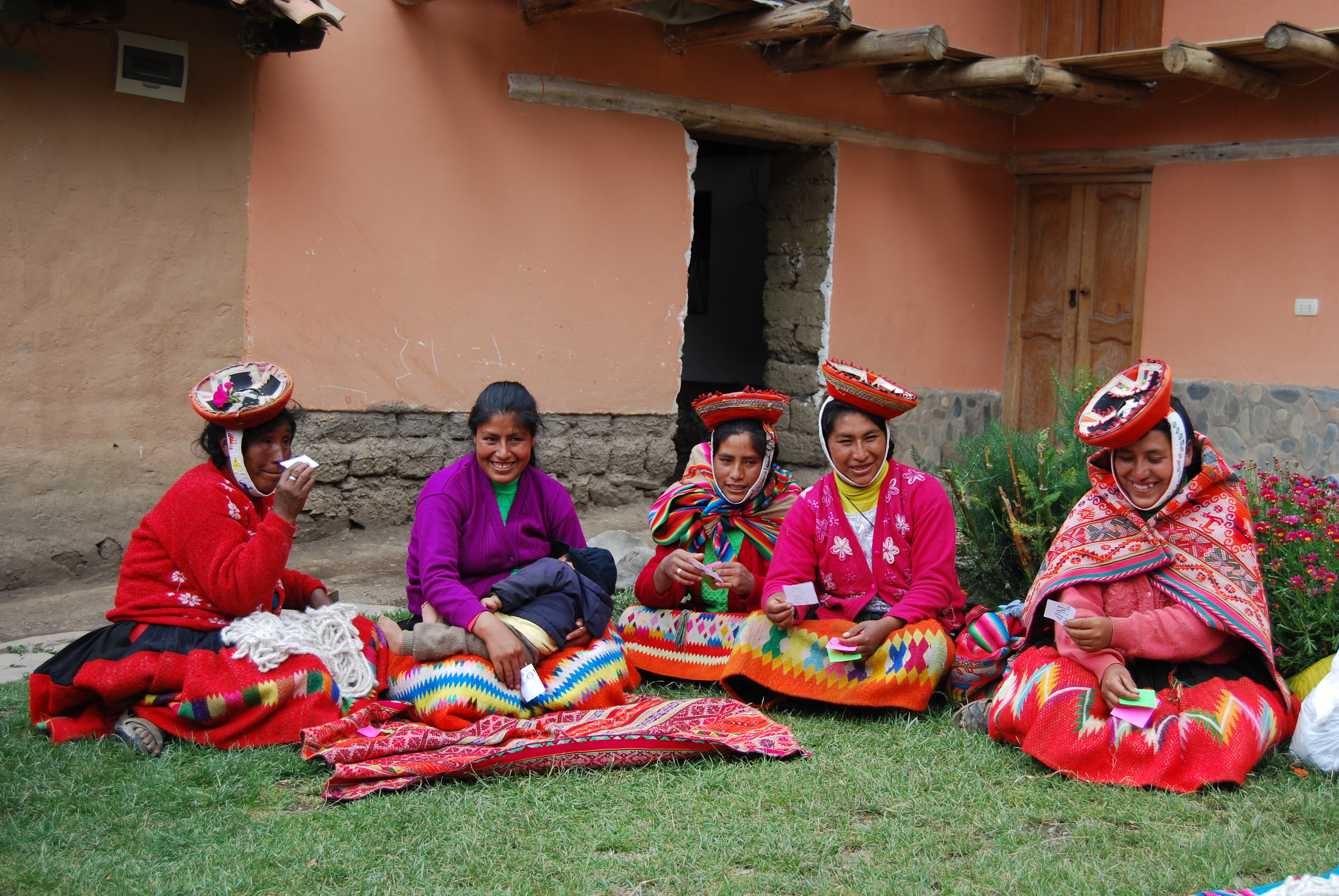 Awamaki connects rural women's cooperatives with market access and skills training, enabling them to earn an independent income. The women in these cooperatives produce beautiful fair trade, all-natural knitwear and woven textiles that are turned into high-quality, fashionable products. Awamaki also runs a sustainable tourism program, which provides the women with another source of income, and gives tourists en route to Machu Picchu the opportunity to visit these Indigenous Quechua cooperatives in order to learn about their culture and the art of weaving.

As I came know the women better through my work leading tours to the communities of Patacancha and Huilloc, I began to wonder if they had ever received an in-depth explanation of Awamaki's mission and vision of women's empowerment. After all, the majority of the cooperatives that the organization works with are Quechua-speaking, and the word “empowerment” does not exist in their language. Further, Awamaki is a small, young non-profit with limited resources, and I knew that the majority of available money and energy had been focused on the business-side of the organization in order to ensure that the women could earn an income.

I was curious to see if, after approximately six years of working with these cooperatives, this vision of empowerment had begun to come to life. In order for both the women and Awamaki to understand each other better, it became apparent that there needed to be a conversation about why the organization views women-only cooperatives as powerful drivers of community transformation. 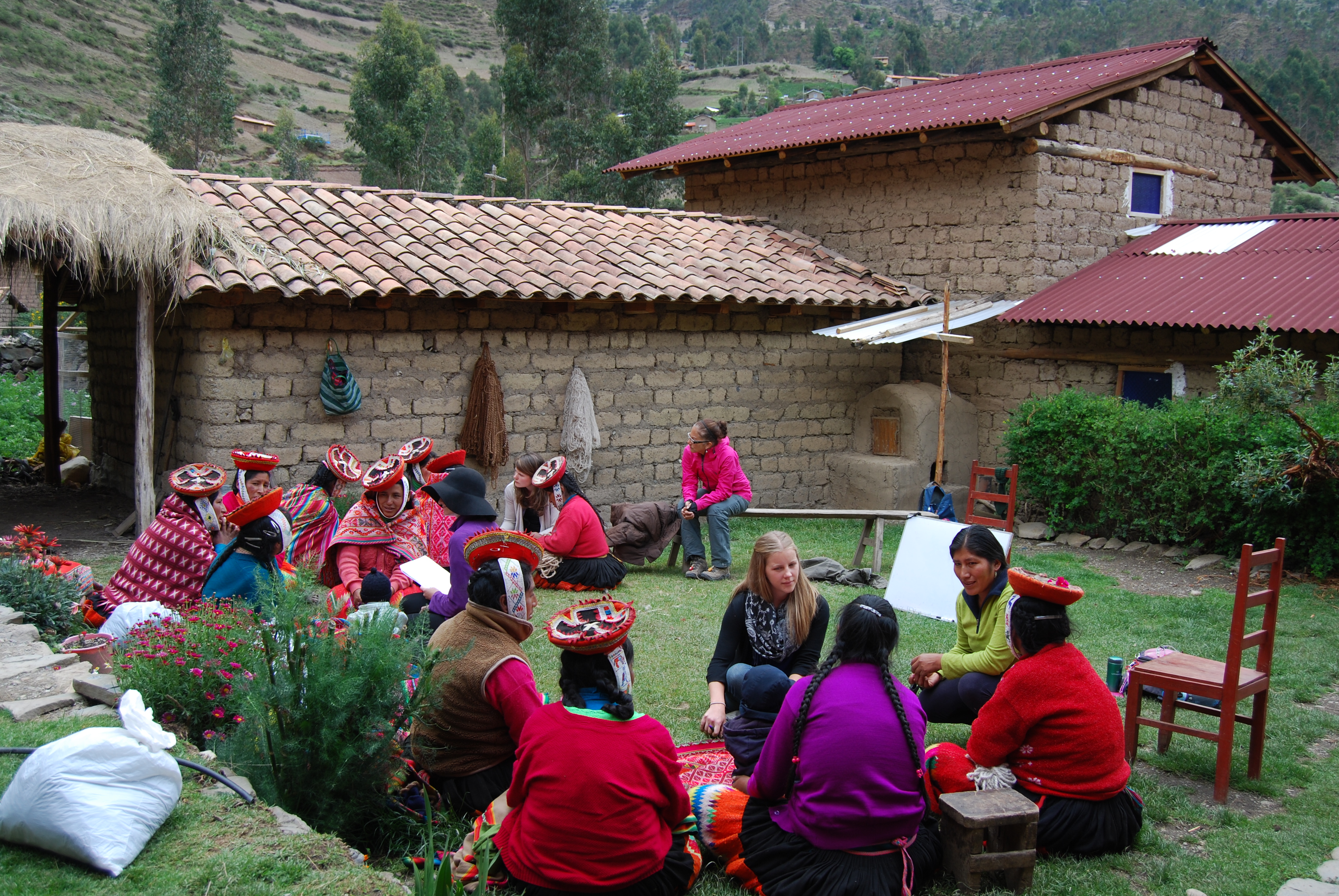 We developed a workshop that explained Awamaki's vision of women's empowerment, and opened up a conversation with the women about what kind of changes had occurred since they began working with the organization. The women told us that they weren't exactly sure what empowerment meant, but that they assumed Awamaki only worked with women because traditionally, in their culture, women are weavers. While it's true that women are most often the ones who weave, there are men in these communities who weave, too. This acknowledgment opened up a conversation about how in the Sacred Valley region, it is especially difficult for Quechua-speaking women to find employment because most of the jobs are tourism-related, where speaking Spanish is required. This means that while men work in the tourism industry, women stay at home to take care of their children and homes. We explained that Awamaki's goal is to level the playing field and provide women with the opportunity to earn their own income.

Afterwards, the women shared stories about how their lives have changed: the quality of their homes have improved; they can afford to purchase more nutritional food; and they can send their children to better schools to receive a higher quality education. The most powerful changes the women spoke of were larger, societal improvements that have taken place. Some women told us that there is less domestic violence in their household now that they have their own income and subsequent power to make decisions. Others said that instead of being expected to stay at home, their husbands are now pushing them to work so they can earn a greater income. In some cases, the women have now become the primary income earners in the home, and their husbands are asking them for money, instead of the other way around. 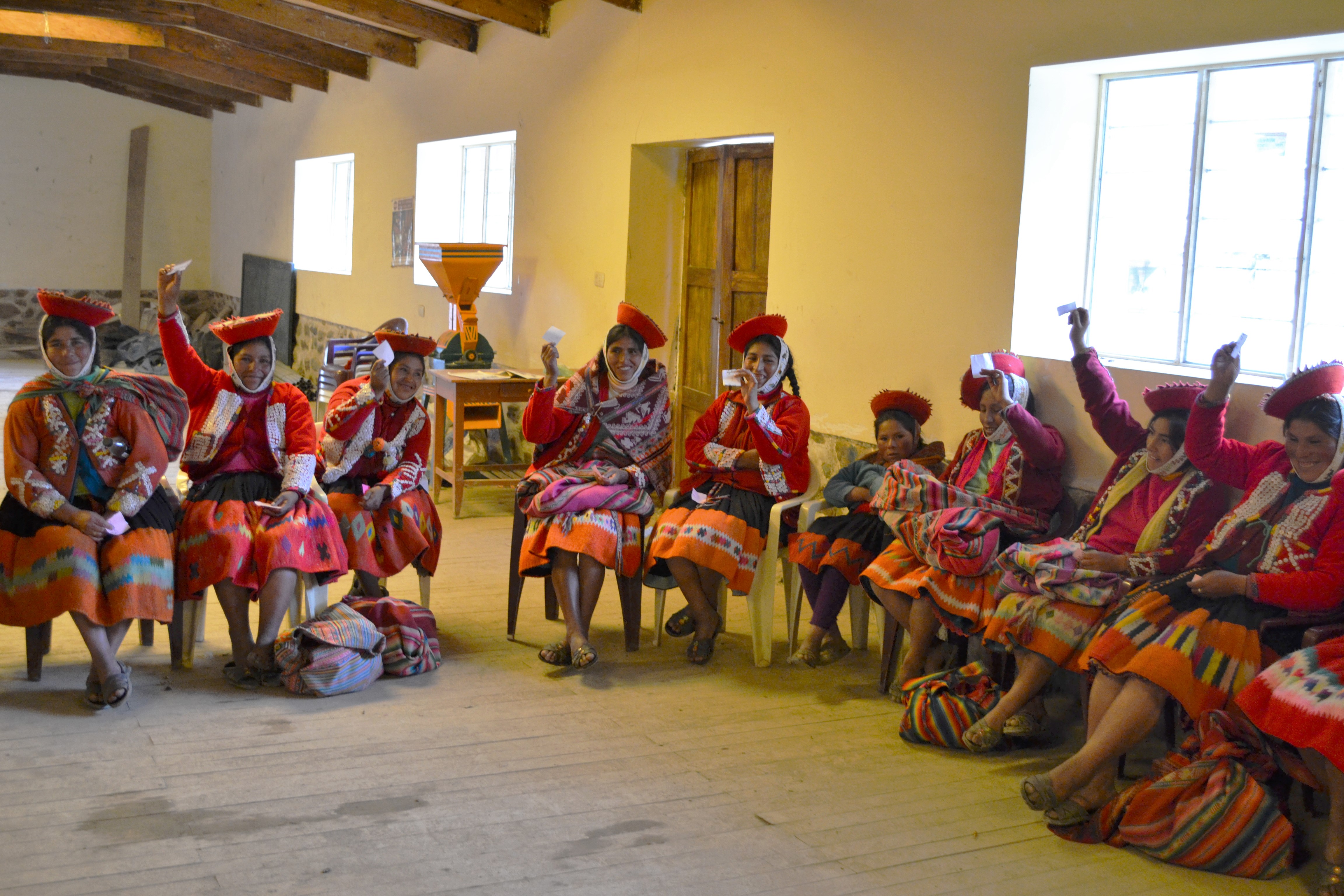 Of course, there is still much work to be done towards gender equality in these communities. For instance, some women said that their husbands still don't take their opinions seriously in the home, and laugh at them when they speak up. However, there have also been marked improvements in quality of life for these women and their families. During my time at Awamaki, I realized the importance of ensuring that communities and organizations fully understand each other's visions and experiences. And in the end, my question had a positive answer: when properly executed, community-led development initiatives can make a real difference in the lives of women, who go on to transform their families and communities.

Jessa Pillipow studied International Development at the University of Regina. Upon completion of her degree in 2014, she travelled to rural Peru where she volunteered for 6 months with the non-profit social enterprise Awamaki. She has been very involved with Amnesty International in Saskatchewan, and hopes to inspire other young people to become involved with gender equality and human rights work.