Where Are We Now? Lessons Learned from Mining-NGO Partnerships

While private-sector partnerships for development are not new, the high-profile funding of mining companies and NGOs  by CIDA in 2011 ushered in a new era for development cooperation in Canada, one which is still fiercely being debated.

While some see this as the future of development, many Canadians continue to be deeply troubled by the linking of Canada’s development assistance to private business interests, and in particular, funding an industry which has had such a long and dark history abroad. Critics see it as a shift away from the best models of development which have been rooted in sustainable, community-led systems that focus on the poorest of the poor. This transition was also controversial because it came on the heels of a refocusing of Canada’s countries of priority, resulting in the diversion of funding away from development projects in low-income countries and towards resource rich middle-income countries, the majority in which Canadian companies have mining interests and projects.

The issue is rooted in a larger debate regarding Canada’s role in the world, and our impact on our global neighbours.  In 2009, the federal government began to emphasize the need to improve the corporate social responsibility of the Canadian extractive industry in response to the negative reputation of Canadian companies abroad (In particular, Canadian companies have been implicated in environmental degradation, rape, murder, ignoring Indigenous sovereignty, bribery, and even fueling local military conflict). As part of this strategy, they also began to refocus Canada’s overseas development assistance in order to promote closer relationships between NGOs and the private sector, to align Canadian foreign aid with Canadian economic interests, and to strengthen the capacity for developing countries to benefit from resource development. In 2011 CIDA announced funding for three pilot projects which directly partnered mining companies and NGOs to deliver skills training, education, nutrition and sanitation projects, often in communities near mining operations.

But what of these partnerships? They were announced as pilot projects: so what types of results have been achieved since 2011, and is good development happening? What lessons have been learned so far? 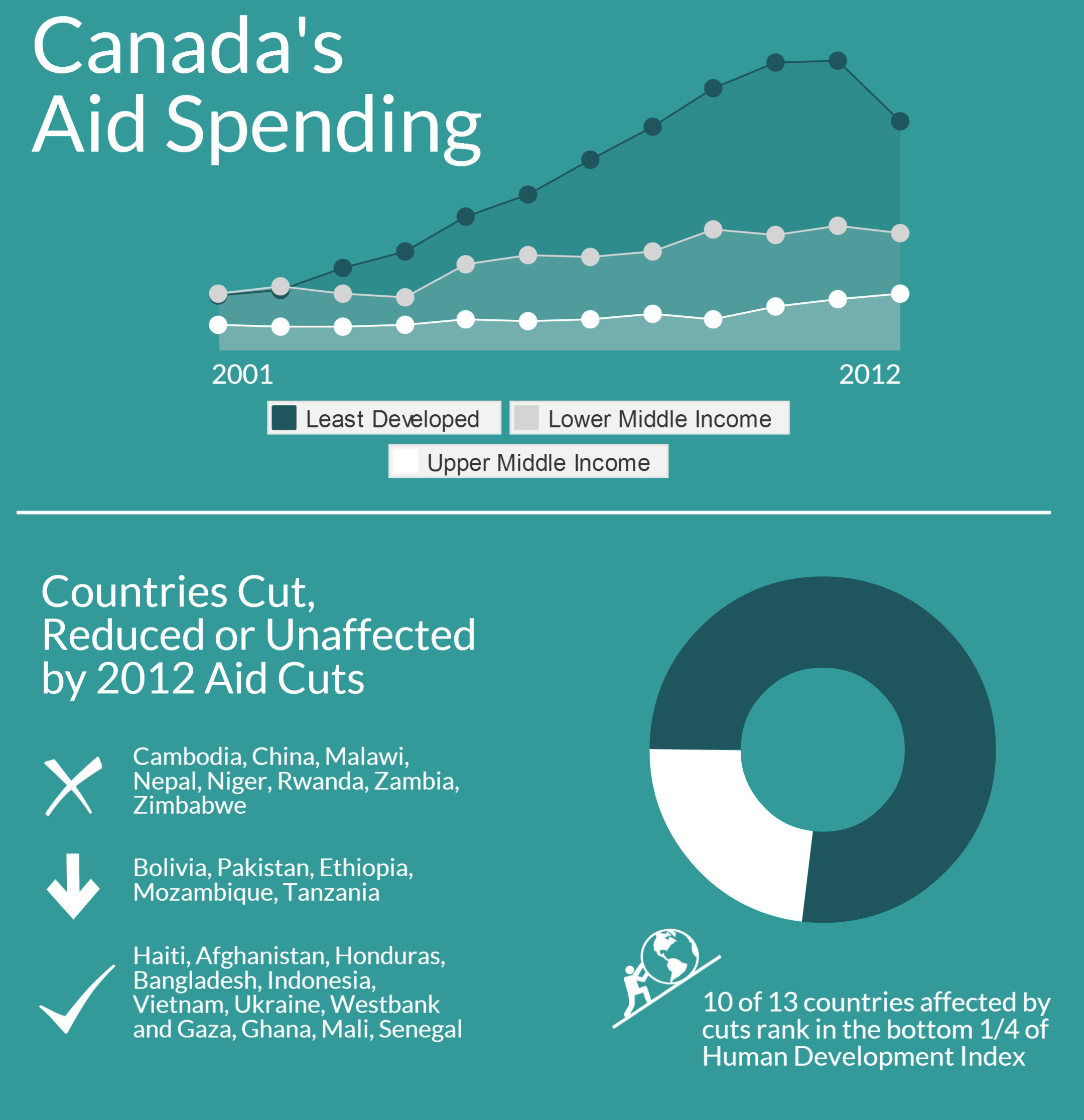 The WUSC-Rio Tinto project, which recently concluded in January of this year, focused on strengthening village committees and local governance in Ghana by training teachers and village leaders, and providing improved access to water sanitation for schools and communities. The project has led to increased participation in community matters and strengthened local governance and crucial services, like education. Specifically, a District Development Forum was held and attended by people from 12 communities in the region; 126 teachers were trained in classroom challenges and gender issues; and 70 people were trained in water sanitation measures. Most notably, community members were able to successfully cut short an illegal mining operation due to training they received on transparency in the extractive sector. Important to note though, that during the course of this partnership, Rio Tinto sold its assets in the region to a Chinese company, but maintained its funding commitment.

Mid-term results from Plan Canada and Iamgold’s partnership in Burkina Faso indicate that they have made significant progress on the project goals to provide vocational training for young people to better transition to the job sector. A study was carried out in order to determine which trades would best provide youth with employment opportunities. Explanations of whether this study would promote primary employment in the mining industry are conflicting, especially given Iamgold’s past labour issues in Burkina Faso prior to this agreement. However, enrollment in non-formal basic education centers has increased by 96% from 2012 to 2013. A Corporate Social Responsibility network between government, NGOs, and mining companies has also been created to support capacity building, transparency and knowledge sharing. However, Plan CEO Rosemary McCarney has indicated that Plan will likely not participate in such a partnership again because of the intense backlash they received from their donors.

Barrick and World Vision worked together prior to the CIDA collaboration, which aims to work with the local government in Peru to ensure mining revenue contributes to sustainable development. The project also focuses on consultation with community members, and supporting people to start local businesses. As of 2013, 21 small business projects have been approved, and a consultative space that brings together community stakeholders has been strengthened. In addition, many training sessions and workshops focusing on participatory planning have taken place. However, the concern that these types of partnerships  aren’t able to actually address the negative impacts of mining in developing countries has come to the forefront in Peru. Local leaders have opposed Barrick’s partnership with World Vision, arguing that it cannot address the abuses already committed, and does not foster the recognition of Indigenous rights. 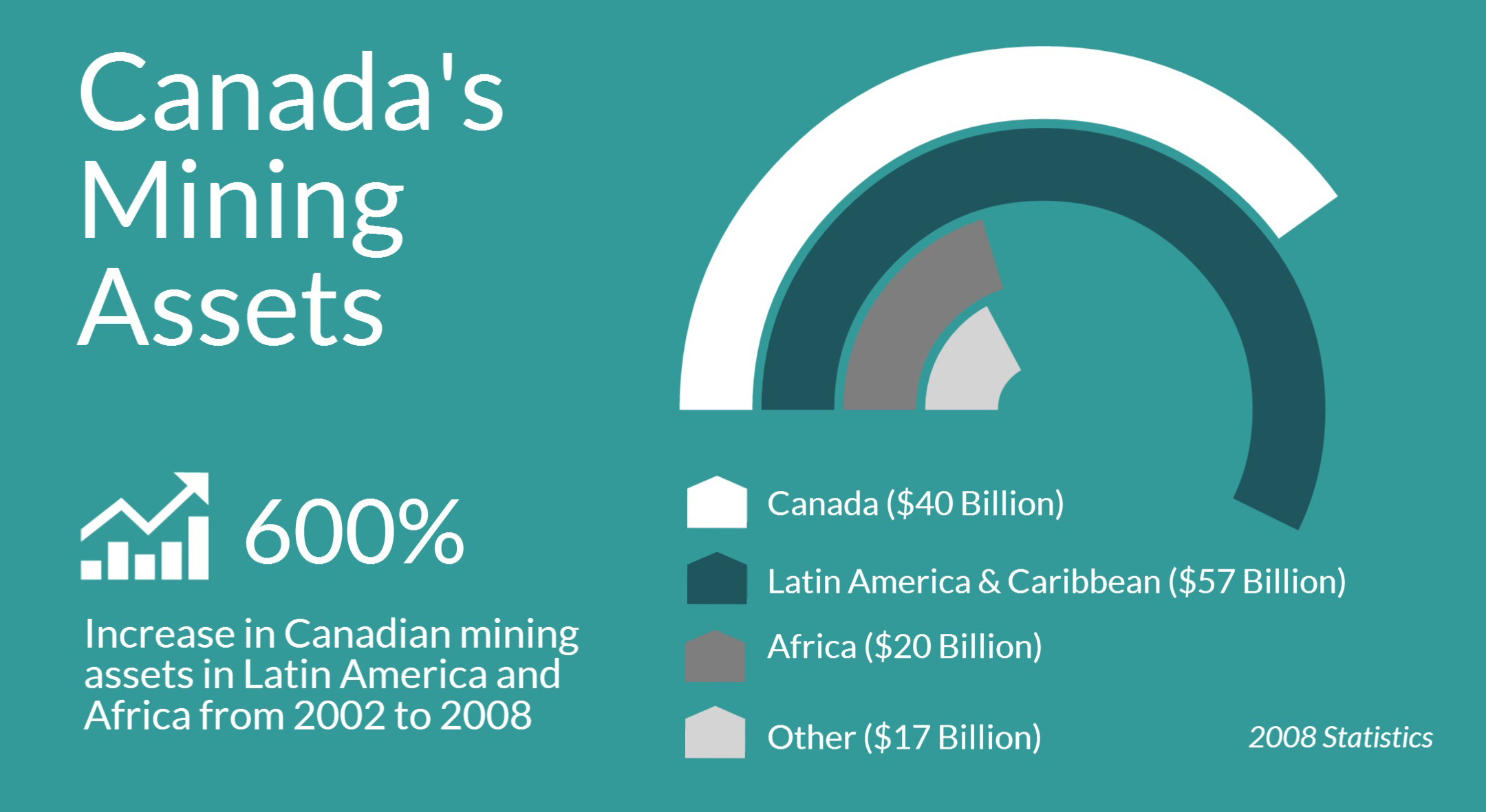 Outside of the pilot partnerships, the federal government continues to promote closer working relationships between the extractive sector, local governments, and NGOs in order to boost developing countries’ mining sectors as a form of development assistance. Some of the mechanisms include establishing the Canadian International Institute for Extractive Industries and Development based out of the University of British Columbia. Additionally, the Andean Regional Initiative for Promoting Effective Social Responsibility has been established in Colombia, Peru and Bolivia to support sustainable development projects for communities living near extractive operations, to improve dialogue between communities and the private sector, and – perhaps most controversially – to train local government officials in reforming their mining policies. Funding has also been distributed to help clear the way for resource development by training local governments in preventing conflict over mineral resources.

Whether the positive results of these pilot projects are a sign of successful partnerships, or simply of the NGOs’ expertise in community development, is still yet to be seen. The sustainability of these results is also in question given the conflicting goals of parties seeking primarily short-term profit and those invested in long-term community development, as highlighted by the sale of Rio Tinto’s mining assets in Ghana. While this model has the potential to ensure that those with the most expertise in development and with long-term relationships in the host countries are leading the development work, it’s still unclear how these relationships will be impacted when communities don’t want the type of development offered by resource extraction, especially if companies begin to invest more of their own funding into the NGOs.

What is apparent is that despite criticism, these relationships have opened discussion about these multifaceted issues between mining companies, NGOs, local communities and the Canadian public. Groups are working in several different forums, ranging in focus from innovating partnerships and defining best practices in governance, to lobbying for transparency, legal protections, and accountability for vulnerable communities, and even divestment from mining companies with terrible track records. However, overall opinions continue to be fiercely split between those who believe that this new era can achieve more focused and sustainable results, and those who believe that there is a fundamental difference between furthering Canada’s economic interests abroad and improving the lives of the poorest of the poor.