Every year, SCIC presents the Global Citizen award to local changemakers, right here in our province. This year we pleased and humbled to present the award to the following accomplished individuals!

Carol Reimer-Wiebe has lived in Saskatoon for the past 30 years, and in those years she has been very involved in her community. When the youngest of her three children started Grade 1, Carol took on a two-year Volunteer Service position with Mennonite Central Committee and began working at the Ten Thousand Villages store.

When asked why she started in Fair Trade, Carol explained that she could effortlessly ‘plugin’ to the system. Moreover, Carol loves working with volunteers as they share her similar passion and moral values.

Making a difference to people around the world is important to Carol. Through her work at Ten Thousand Villages, she is able to live by her values and ensure that customers get good-quality, useful products. Each item, from a bar of soap to an exquisitely crafted rug, helps put food on the table for another family and allows Canadians to participate in a successful international venture. Her work supports livelihoods and ensures artisans and other producers are compensated fairly, who are in turn able to contribute to their communities in the global south. 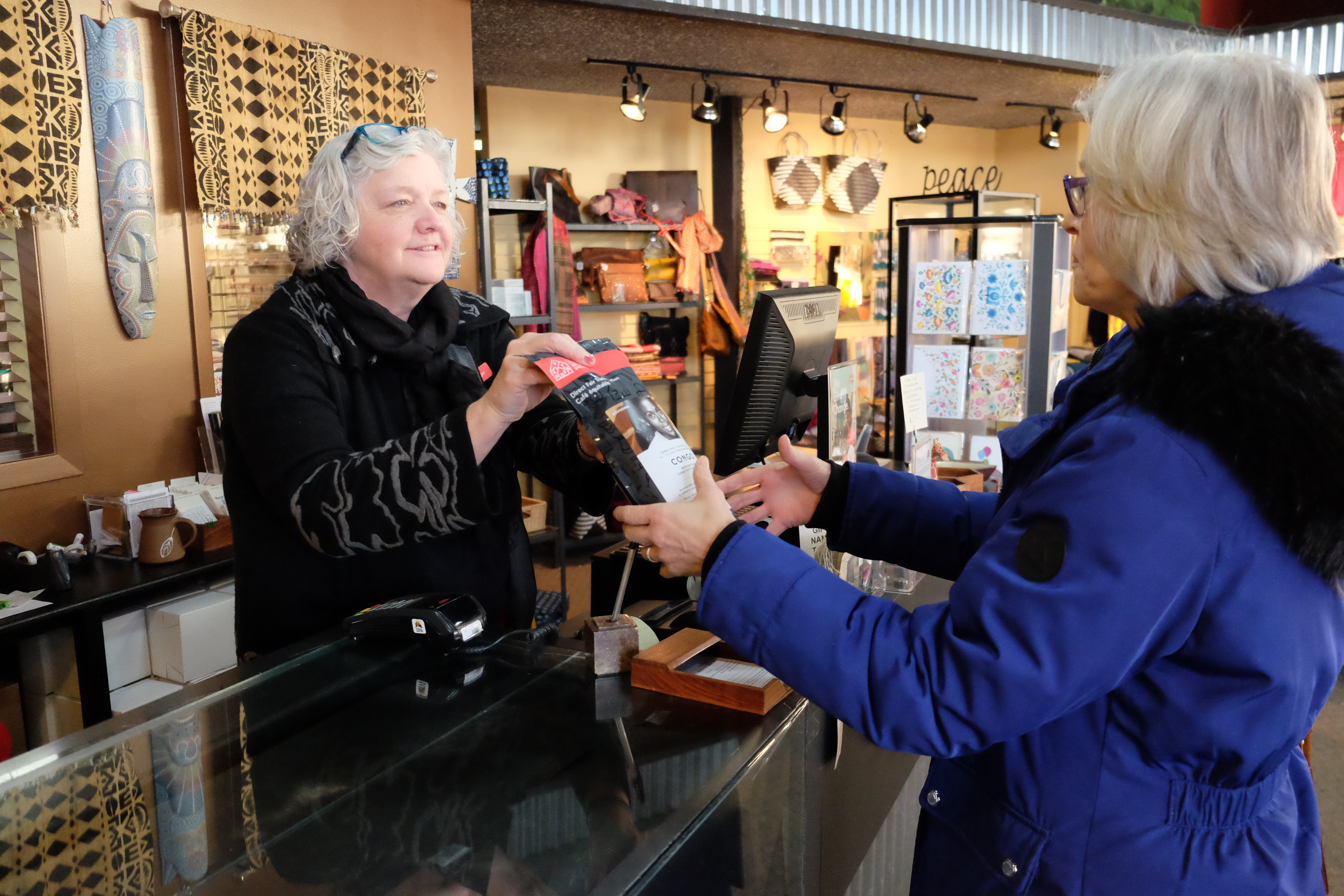 Born in 1948, Ray originated from Laird, Saskatchewan, and grew up on the family farm. Ray received his BA in Sociology as well as an MA in Adult Education. Ray did economic development consulting within his own company, Spruce River Research, and served as the MP for Prince Albert - Churchill River from 1988 to1993, acting as the NDP Critic for Co-operative and Community Development. Ray has also served on the Boards of credit unions and Mennonite Central Committee Saskatchewan (MCCS). Ray is the host of the annual Spruce River Folk Fest in support of the Young Chipewyan First Nation land claim and enjoys spending time with his three children and five grandchildren who keep him very busy.

Dick and Kathy Braun are a vital part of the economic and social fabric of their community. They are a dynamic, hard-working team who have spent their lives in service to people in need both locally and internationally.

While they were busy raising a family of four children, they operated a service station; and as a Red Seal Mechanic, Dick repaired machinery and heavy-duty equipment. Dick’s was responsible for bringing Senior Low Rental housing to Osler and he volunteered with the Osler fire department for 26 years. In recognition of his contributions, Dick was honoured by his community, becoming Osler Citizen of the Year.  Together Dick and Kathy organized a very successful community enhancement project called “Wheels to Meals" that brought members of their rural community together for a weekly meal.

Dick and Kathy are active members of the Mennonite Central Committee (MCC). As chair of their church Outreach Committee, Kathy was instrumental in opening up a Thrift Shop in Warman that supports the work of MCC and fills a vital need in the community to this day. Dick and Kathy also volunteered with Ten Thousand Villages, traveling across the province promoting Fair Trade products. Together, Dick and Kathy embarked on a life-changing journey to Bolivia, where they spent three years in voluntary service for MCC. 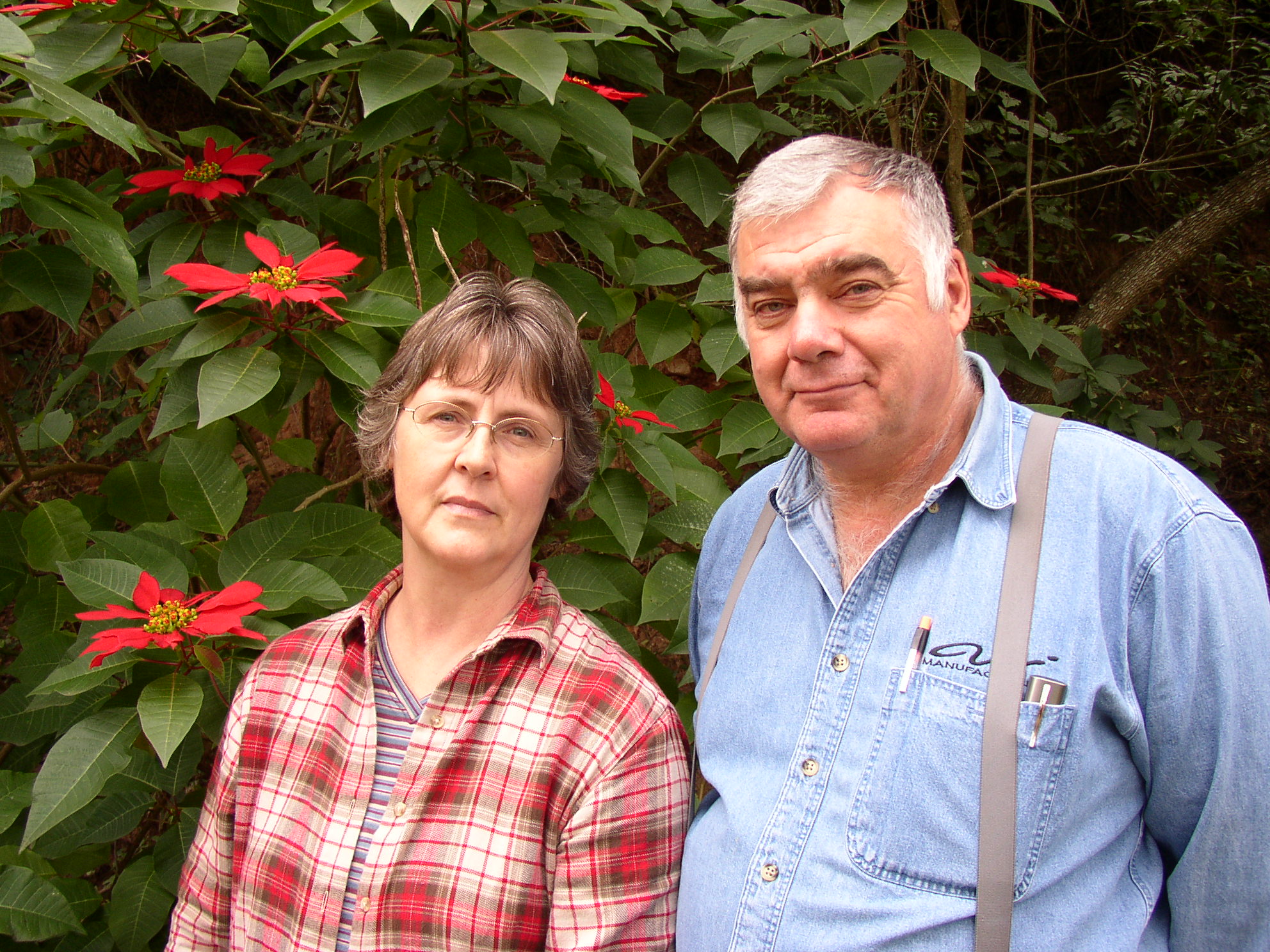 Karen Farmer is an enthusiastic advocate for global justice who has been encouraging people in Saskatchewan to act in solidarity with farmers around the world for over a decade.

Karen is a community gardener and seed saver who has played a pivotal role by educating and inspiring people to take action. Her interest and passion for the issues of food and seed security, farmer's rights, justice, health, and sustainability have been conveyed to her community through countless workshops, conferences and media interviews, as well as speaking engagements in elementary, high school, and university classrooms.

A keen volunteer, Karen has worked in partnership with a long list of organizations including USC Canada/SeedChange, Seeds of Diversity, the Saskatoon Open Door Society, the Saskatoon Unitarian Centre, and SCIC. Karen has helped her community connect the dots between "think global" and "act local" and inspired countless people with this important work.

She founded the Saskatoon Seed Library in partnership with the Saskatoon Food Bank and Learning Centre and has organized many Seedy Saturday events and seed saving workshops.

One of Karen's primary teachings is that without seed security, we can't have food security. Her many seed saving workshops have taught a skill that has been eclipsed by the modern industrial food system and shows that the act of saving heritage seed varieties and nurturing biodiversity locally can have a significant impact globally. 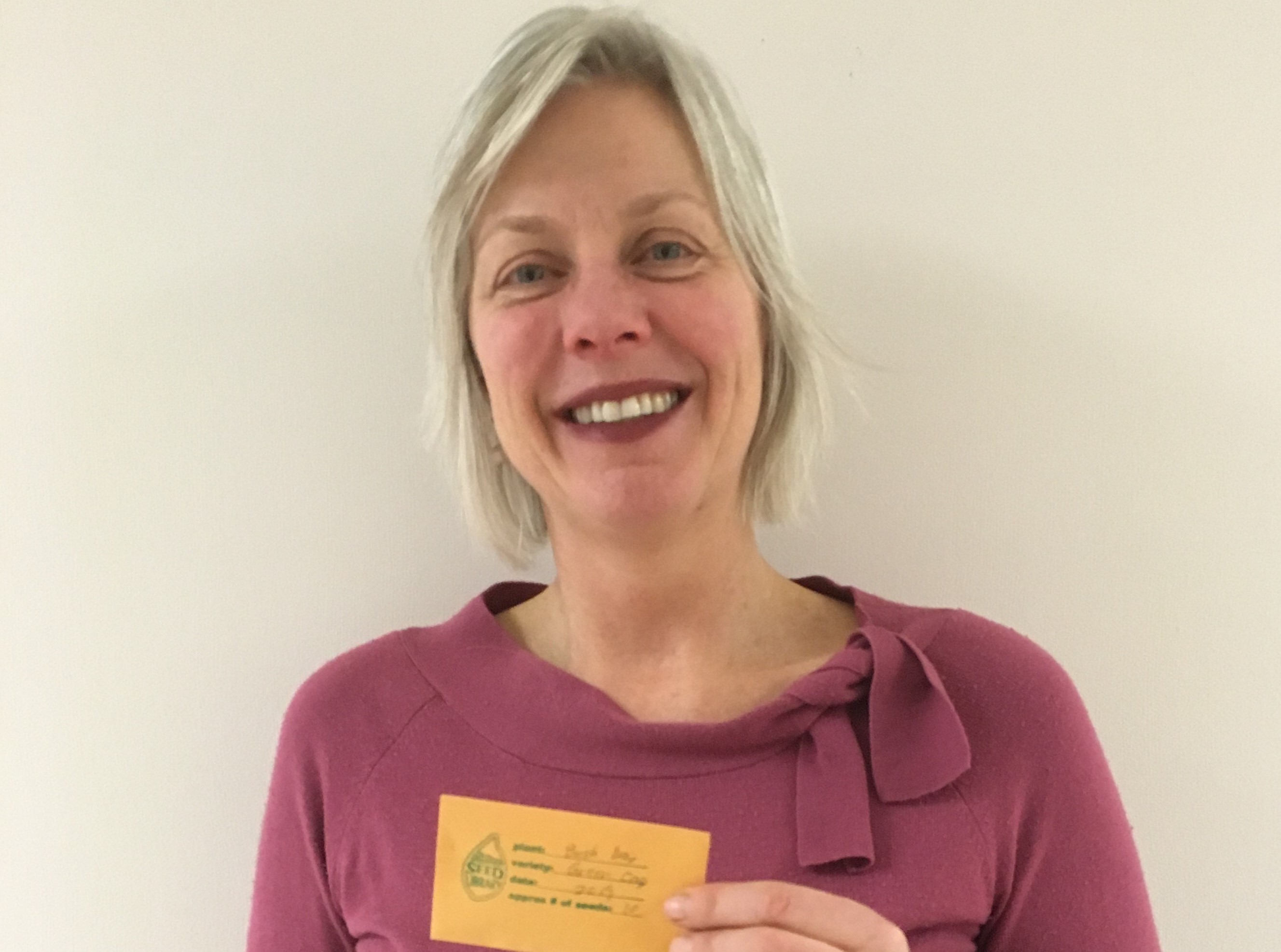 John is a 71-year old senior who is still 100% employed as a full-time pastor of The Heart of Seniors Gathering, a special church for seniors only. His wife Hannelore assists him full-time in pastoring the church.
John is also a full-time author. He writes a weekly column about and for seniors for the Prince Albert Daily Herald (Rural Roots Edition). He has published three books (two in English and one in Spanish). He is currently writing his fourth book called "Do not just relegate us to...…..", a book about service (ministry) to seniors.

Dr. John is a qualified Addictions Management Specialist. He has been heavily involved in International Development and Christian Missions in Africa (Uganda, Ghana, South Sudan and Uganda), South America (Peru) and India, over the last three decades.

Hannelore Fryters, a fully qualified tailor, has been assisting her husband full-time since 1972. Hannelore returned back to school in 2000 and graduated with a diploma in Biblical Studies in 2002. She assisted her husband John in going to various Mission fields and doing International Development work in Peru.

At present Hannelore, now 74 years old, is co-pastor of The Heart of Seniors Gathering in Prince Albert. John and Hannelore recently (December 13th, 2019) celebrated their 50th Wedding Anniversary, most likely the greatest accomplishment in both of their lives. 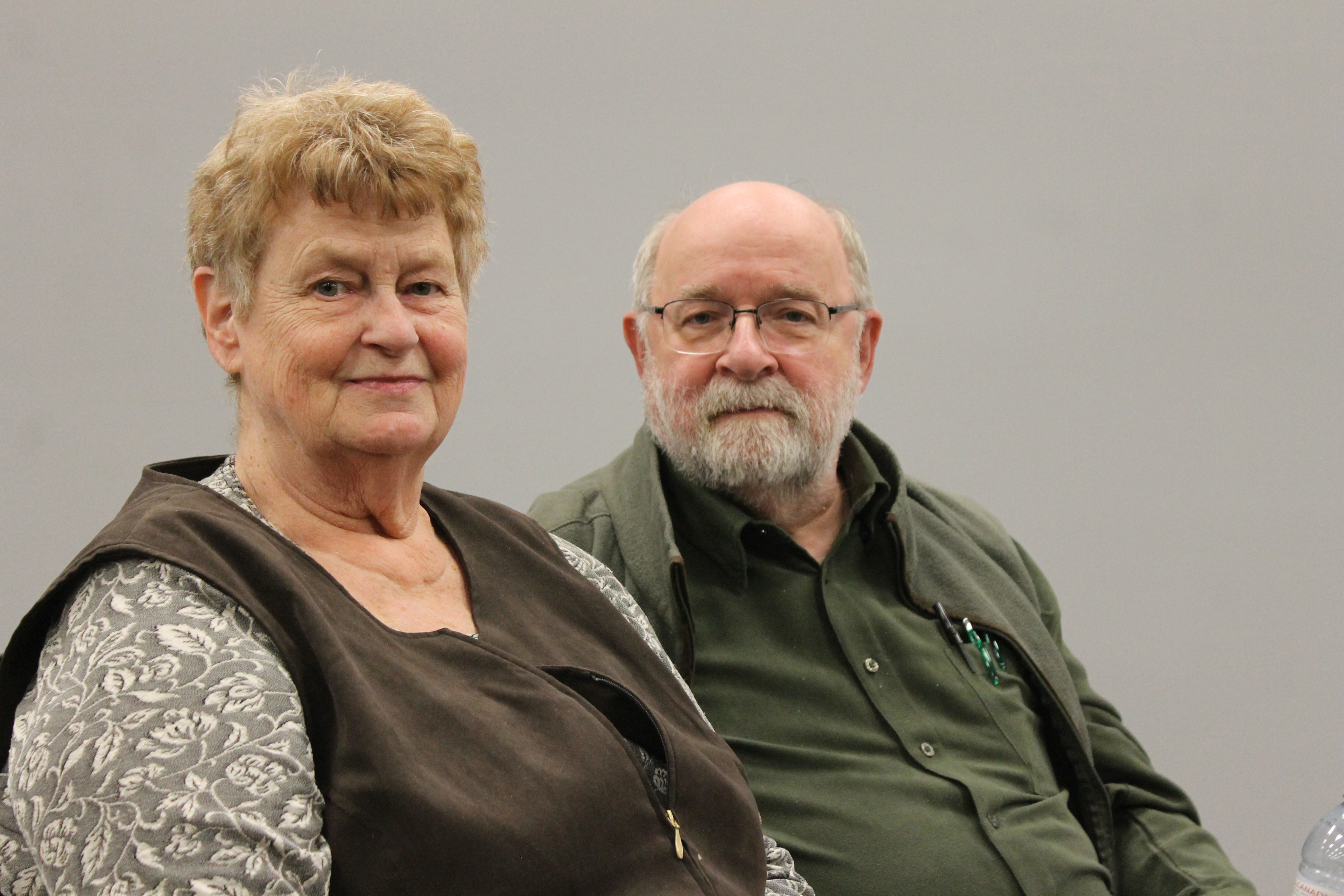