Ed Lehman, a leader in peace and economic justice.

Ed Lehman has spent his entire adult life as a participant in struggles for peace and economic justice. As a teenager, Ed became active in the peace movement opposing the Vietnam War. In the half century since, he has taken an active and often leading role in many local, national and international campaigns as a member of numerous organizations including trade unions, peace and solidarity movements and local governments.

In 1976, at the age of twenty-two, Ed was the youngest candidate for Regina City Council as a member of the Committee of Progressive Electors, a slate stressing empowerment for working people, women and Indigenous Peoples. For decades, Ed has been a prominent public spokesperson on issues of peace and social justice. In addition to his activities in the labour movement and civic politics, Ed remained active in the peace and solidarity movements; especially with the Regina Peace Council for which he served as President and Vice-President on several occasions during the mid to late 1980's. Ed views nuclear war and global destruction from climate catastrophe as the two greatest threats facing humankind today.  He is currently a leading activist in the national No Fighter Jets Coalition, the national Campaign to Free Meng Wangzhou and the national Boycott, Divestment, Sanctions Coalition (working for justice for Palestinians).

What does global citizenship mean to me?

Global citizenship to me means being concerned about humanity, and the world environment, and acting in solidarity with others to build a more just, equitable, peaceful, sustainable world that is free of discrimination, racism, hatred, and war.

As a young person I found my inspiration in the legacy of outstanding world citizens; primarily those who founded the World Peace Council and launched the first campaign, the Stockholm Appeal, to ban the bomb. Nationally, I was impressed with the work for peace and justice by Reverend James G. Endicott, co-founder of the Canadian Peace Congress and its first president; and Reverend John Hanley Morgan, its second president. As an educator I was very inspired by the work of the Brazilian author and educator, Paulo Freire. As an older peace activist I am inspired by people of all ages working for global cooperation, peace, and justice. I am inspired by 11-year-old environmentalist filmmaker Maria Marshall of Barbados and 17 year old Greta Thunberg of Sweden. I am inspired by Beatrice Fihn, Executive Director of the International Campaign to Abolish Nuclear Weapons (38); Setsuko Thurlow, ICAN campaigner, (88); and Alfred Marder, President of the U.S. Peace Council (98). And last, but not least, I am inspired by my colleagues in the Regina Peace Council, PeaceQuest Regina, and Making Peace Vigil.

What do you see as one of the most encouraging or innovative trends that is creating positive change in our world right now?

The trend of countries to sign the Treaty on the Prohibition of Nuclear Weapons (TPNW) is very encouraging. It is the first legally binding international agreement to comprehensively prohibit nuclear weapons with the ultimate goal being their total elimination and will enter into force on 22nd January 2021. This marks a new chapter in the fight for nuclear disarmament. 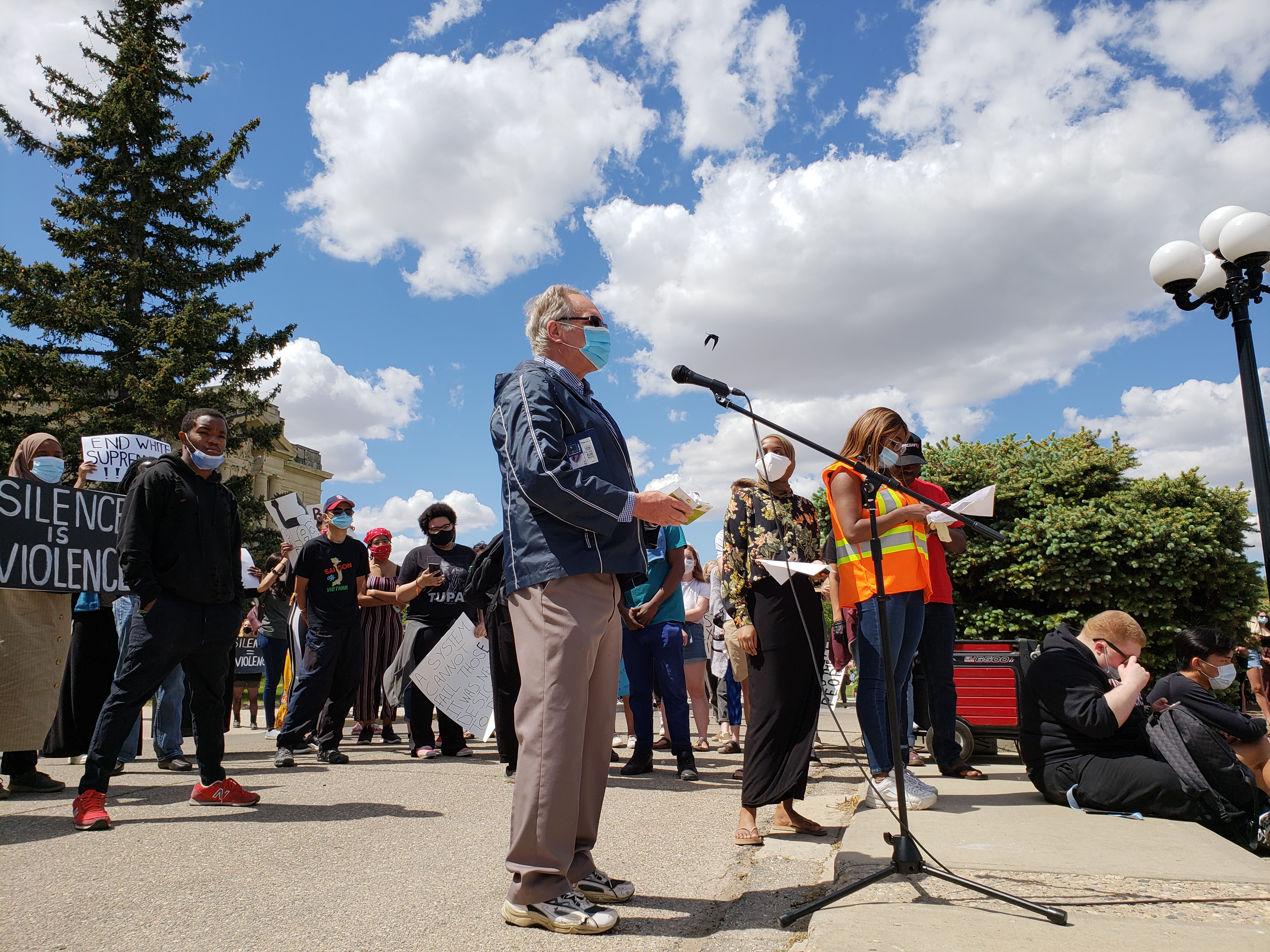